You are here: Home1 / Employment2 / Meet the Leadership Team

The school employs close to 90 staff with a variety of national backgrounds, most of whom are full-time and have previous experience in national and/or international schools. ISHR has a Director and a Managing Director in charge of business operations, who are appointed by the GmbH. The administration includes a Head of Section each for the Early Years, Primary, and Secondary levels, a Site Manager and administrative staff. In the belief that the quality of the school is directly related to the quality of the faculty, ISHR strives to engage and nurture energetic and professional growth orientated teachers who are caring and compassionate. 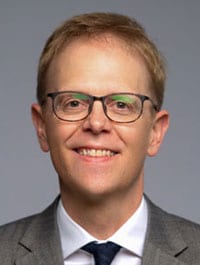 John has had the privilege of teaching and leading in international education for over 20 years. In that time, he has worked in Taiwan, Hong Kong, Denmark, Germany and China. John joined ISHR from Harrow International School Beijing where he was Deputy Head of a 1600 strong two campus 3-18 school. He also brings valuable and pertinent experience from his previous position as Secondary Principal and Deputy Director of Bavarian International School in Munich. John is proud and privileged to be the Director of ISHR.

John and his wife, Carole, have two daughters (born in Hong Kong and Taiwan) and thus can attest to the joys and benefits of international education – both as a School Director and as a parent.

John is a keen musician and enjoys playing a variety of instruments (with varying degrees of proficiency) including guitar, drums, piano, banjo and ukulele. Although his marathon running days may be behind him, John still enjoys running and he is also a keen cyclist. He also tries to practice what he preaches by maintaining a healthy and varied reading habit. 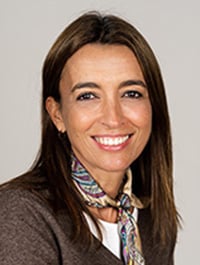 Patrícia was born and raised in Lisbon, Portugal, and has lived in Portugal, Spain, and Germany. She has always had a special interest in learning foreign languages. Patrícia is fluent in Portuguese, English, German, and Spanish and has some knowledge of French and Italian. Having started her journey at ISHR in February 2010, Patrícia has taken over various professional roles within the school, from finance to admissions, and currently as Business Director. Mother of two daughters, both of whom have had the opportunity to attend ISHR, Patrícia has a good insight of the school both as a parent and a staff member.

Patrícia enjoys music, is a passionate singer and a proud member of the ISHR staff band. In her spare time, she very much enjoys pursuing sports, yoga, dance and traveling. 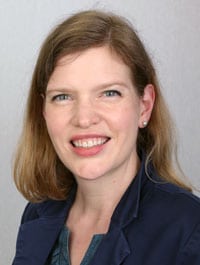 Carole was born in Toronto, Canada, but has had the privilege of living all around the world through her career in international education. Fresh out of university, Carole began as a primary English teacher in Taiwan, before having the opportunity to teach at each of the primary, secondary and tertiary levels. In Turkey, she moved into curriculum leadership and gained exposure to the International Baccalaureate. Carole then spent over ten years in secondary school leadership in the UAE and Japan before joining the ISHR community in 2020, as Head of Middle School. For the 22-23 school year, Carole steps into the Deputy Director role at ISHR.

A passionate life-long learner, Carole holds a BA in English Literature and Sociology, a BEd in Secondary Education, an MA in International Educational Leadership and is currently pursuing her doctorate. When not reading educational research, Carole’s primary love is traveling, while finding ways to combine her other interests of fine dining, photography and theater. 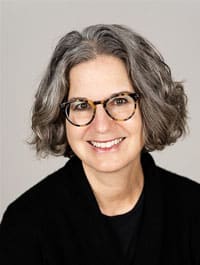 Annette was recently the Head of School of Alt School Dogpatch in San Francisco, and was formerly Head of School at the Berlin Bilingual School. A New York native who is fluent in English, German, and French, Annette has taught, led and travelled all over the world. Annette has extensive experience with the Reggio Emilia approach to Early Childhood education. She also ran a small business for women’s development in Bangkok and founded an art program in Uzbekistan. 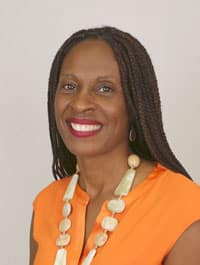 Born and raised in Montréal, Canada, Tonia has engaged actively in teaching, learning and leadership on three continents. Tonia’s entire career has been in international education through unique opportunities in Canada, Italy, Germany and Singapore. Her keen interest in bilingual and multilingual learners propelled Tonia to immerse herself in teaching experiences at the early years, primary and secondary levels, across a range of subject areas. In addition to teaching, Tonia has 12 years of experience in different pedagogical leadership roles. Tonia joined the ISHR community as Head of Primary School in August 2022.

Tonia is a strong advocate for thought leadership, educational research and professional growth. From a young age, her passion for storytelling, travel, performing arts, fine arts and athletics has fulfilled a significant role in her life. Beyond her career, Tonia regards her family time as inspiring ‘food for the soul’. Tonia believes that advocacy for well-being and a strong sense of purpose are vital anchors for staff and students as they cultivate relationships. 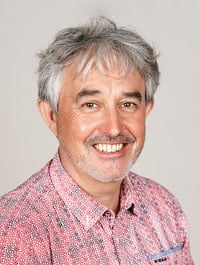 Paul joined ISHR in 2009 from Beacon Community College (Science and Sport Specialist College) in the UK where he worked as Deputy Principal with direct responsibility for Science and the 6th Form Centre. There, he established the Sixth Form Centre for up to 500 students on a separate school site. Prior to working at Beacon Community College, Paul was Deputy Head of Costessey High School, Norwich, UK.

In his years of being a teacher and school leader Paul has acquired a wide range of school management experience at senior level. He has also been involved in setting up an Independent Kindergarten and School in Norfolk, UK. Throughout his career Paul has been known for his holistic approach to teaching, his focus is always on student welfare and achievement.

Away from school Paul’s interests range from running, hiking, travelling with his vintage VW camper van, growing his own organic vegetables, and collecting fossils on England’s beaches. 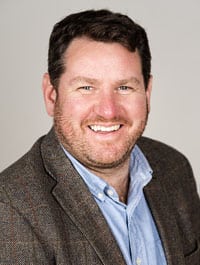 Jake is originally from Birmingham and joined ISHR in 2006, after having taught for four years in the West Midlands (UK). Jake initially worked as co-Head of English A, and then took up the post of Deputy Head of Secondary in 2012. He previously taught English A1 and A2 and currently teaches Diploma English Literature and supports self-taught Literature students. Jake has been a Diploma Tutor since 2007 and is one of the coaches for the Varsity Boys football team.

Jake and his wife have two little girls who keep him extremely busy outside of school. When he is not so busy (so very rarely), Jake loves to watch and play football (now for the Alte Alte Herren!) and enjoys films, music and reading.

We may request cookies to be set on your device. We use cookies to let us know when you visit our websites, how you interact with us, to enrich your user experience, and to customize your relationship with our website.

Click on the different category headings to find out more. You can also change some of your preferences. Note that blocking some types of cookies may impact your experience on our websites and the services we are able to offer.

These cookies collect information that is used either in aggregate form to help us understand how our website is being used or how effective our marketing campaigns are, or to help us customize our website and application for you in order to enhance your experience.

If you do not want that we track your visit to our site you can disable tracking in your browser here:

We also use different external services like Google Webfonts, Google Maps, and external Video providers. Since these providers may collect personal data like your IP address we allow you to block them here. Please be aware that this might heavily reduce the functionality and appearance of our site. Changes will take effect once you reload the page.